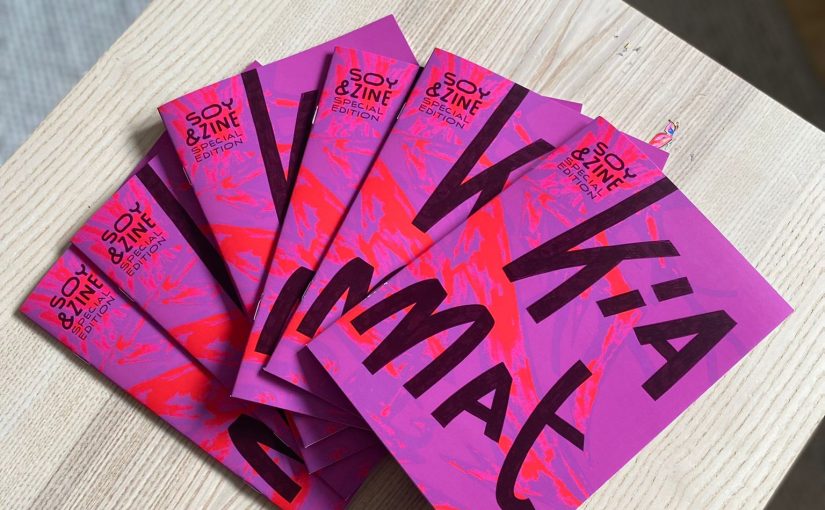 To accompany the experimental music theatre, KIAMAT, we are releasing the second print edition of our zine!

In the summer of 2021 Soydivision Berlin became part of La Gran Drama-Tisch, where three collectives (LaLoVe´s Kitchen, Nowhere Kitchen & Soy Division) created a culinary-themed ritual drama to be staged in the carless streets of Schillerkiez. In meshing all their ingredients – dance movement, live spoken word, theatrical performances, concrete music/installation and a three course meal – into an improvised/structured dramaturgical recipe, they produce a kaleidoscopical moving fiesta, transforming the hood into a shared urban fantasy of a timeless, plug-and-play, pancultural village. read more 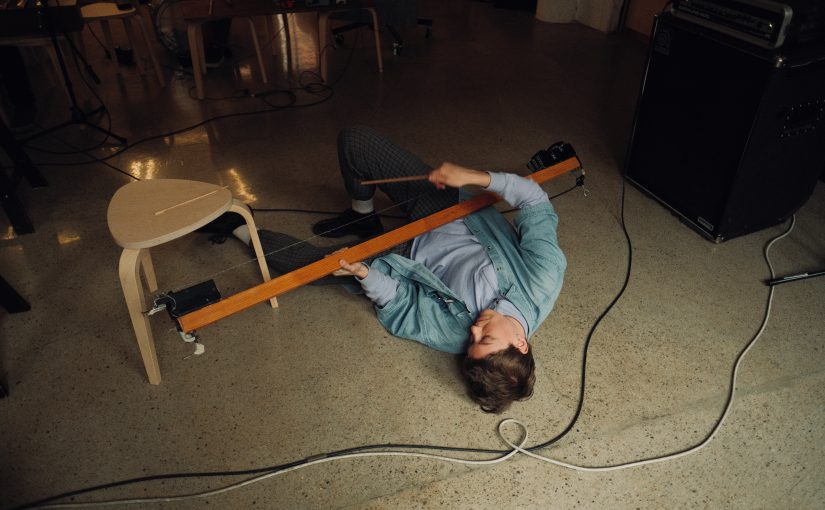 Before presenting the performance in front of the audience in Rumah Budaya Indonesia, the people behind Kiamat Musical had gathered a couple of times in Rabih Beaini’s studio. There, the idea of Kiamat gradually turned into sonic entity through a kaleidoscope of planning, exploring, experimenting and happy accidents.

Take a look at some of the images that capture the creation of Kiamat. 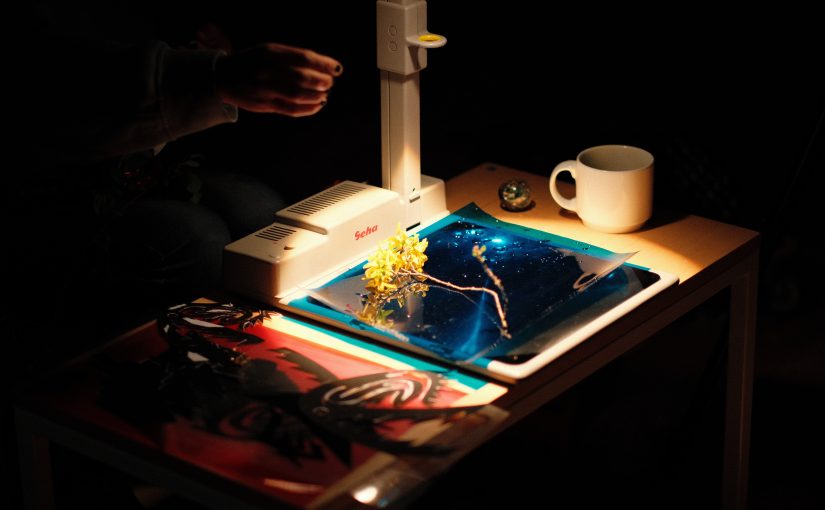 We spoke with Berlin-based transmedia artist Thais Nepomuceno to understand her process of bringing the visual aspect of the theatre-musical Kiamat to life.